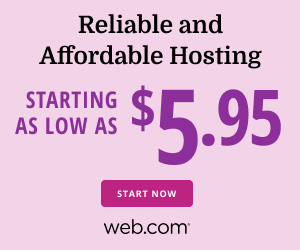 Random number generation is a typical task in many fields of programming, ranging from gaming to security and cryptography. In this post you will learn how to generate numbers randomly. We will go through the fundamentals of random number creation in PHP and investigate several ways for producing random numbers.

PHP has various functions for generating random integers. Rand is one of the most regularly utilized functions (). This method creates a random integer between two values given as parameters. This function’s syntax is rand (min, max). To produce a random number between 1 and 100, for example, use the following code:

Mt_rand() is another function that creates a random number using the Mersenne Twister technique. This method is thought to be less predictable and more random than the rand() function. It has the same syntax as rand(), but it’s preferable if you require more unpredictability.

You may also produce a random float number by using the functions mt rand() and /mt getrandmax() to get a decimal value between 0 and 1.

You can also use the random_int() function from the random extension which is available from PHP 7.0 and generates cryptographically secure random integers.

The str_shuffle() method, which randomly shuffles the characters of a string, may also be used to produce random strings. The following sample creates a 10-character random string.

In addition to the built-in methods, libraries such as “random_compat” offer a standard API for producing cryptographically safe random numbers in PHP. This library is handy if you need to generate random integers for security-sensitive applications and are using a version of PHP that lacks the random_int() and random_bytes() methods.

It’s vital to remember that the random numbers created by these functions are not genuinely random, but rather the result of a deterministic method. This indicates that the numbers generated will be pseudo-random rather than actually random. For most applications, this is not an issue, but if you want really random numbers for security-sensitive applications, you might consider employing a hardware random number generator.

Finally, generating random numbers in PHP is a straightforward process that can be accomplished by utilizing built-in methods or libraries. You may rapidly and effectively generate random numbers for a range of applications by understanding the various methods available and their suitable use. Whether you’re working on a game, a security program, or another form of project, the ability to generate random numbers is essential for every PHP developer.